User Experience with Managed OS for iOS, iPadOS and tvOS

Understand what users will experience during the Managed OS update process.

Since deploying a managed OS for iOS, iPadOS, or tvOS has the potential to disrupt work when supervised devices reach the enforcement deadline, it is important to understand what users will experience.

Kandji's Managed OS leverages native, built-in notifications and the familiar OS update experience that users are already comfortable with. This, in addition to iOS 15 and iPadOS 15 and later's user deferral limit on MDM enforced updates, will help ensure that updates happen in a timely fashion.

Once Kandji has cached the update on their device, the user will see a red notification badge on the Settings app indicating that an update is available: 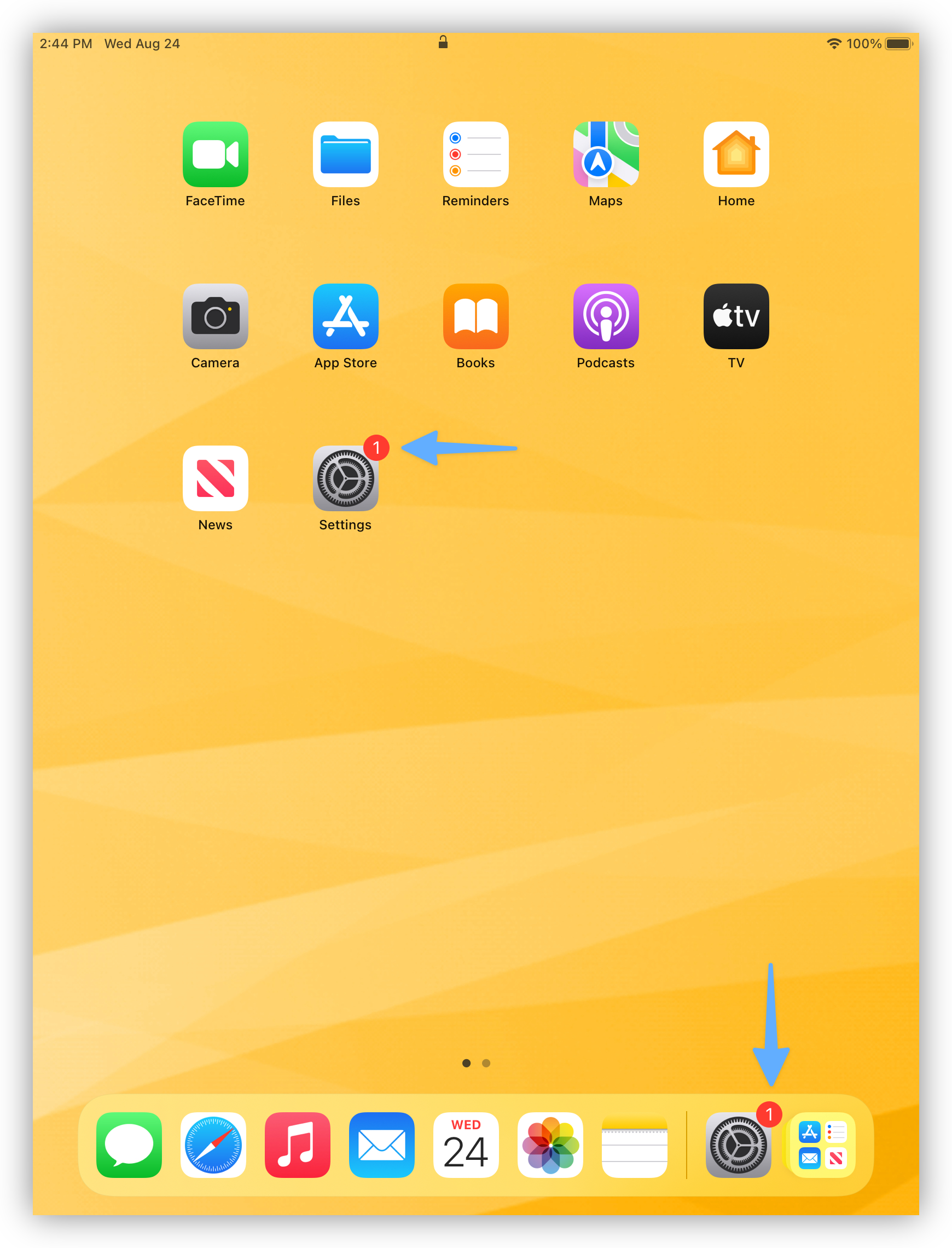 They will also see a message at the top of the Settings app: 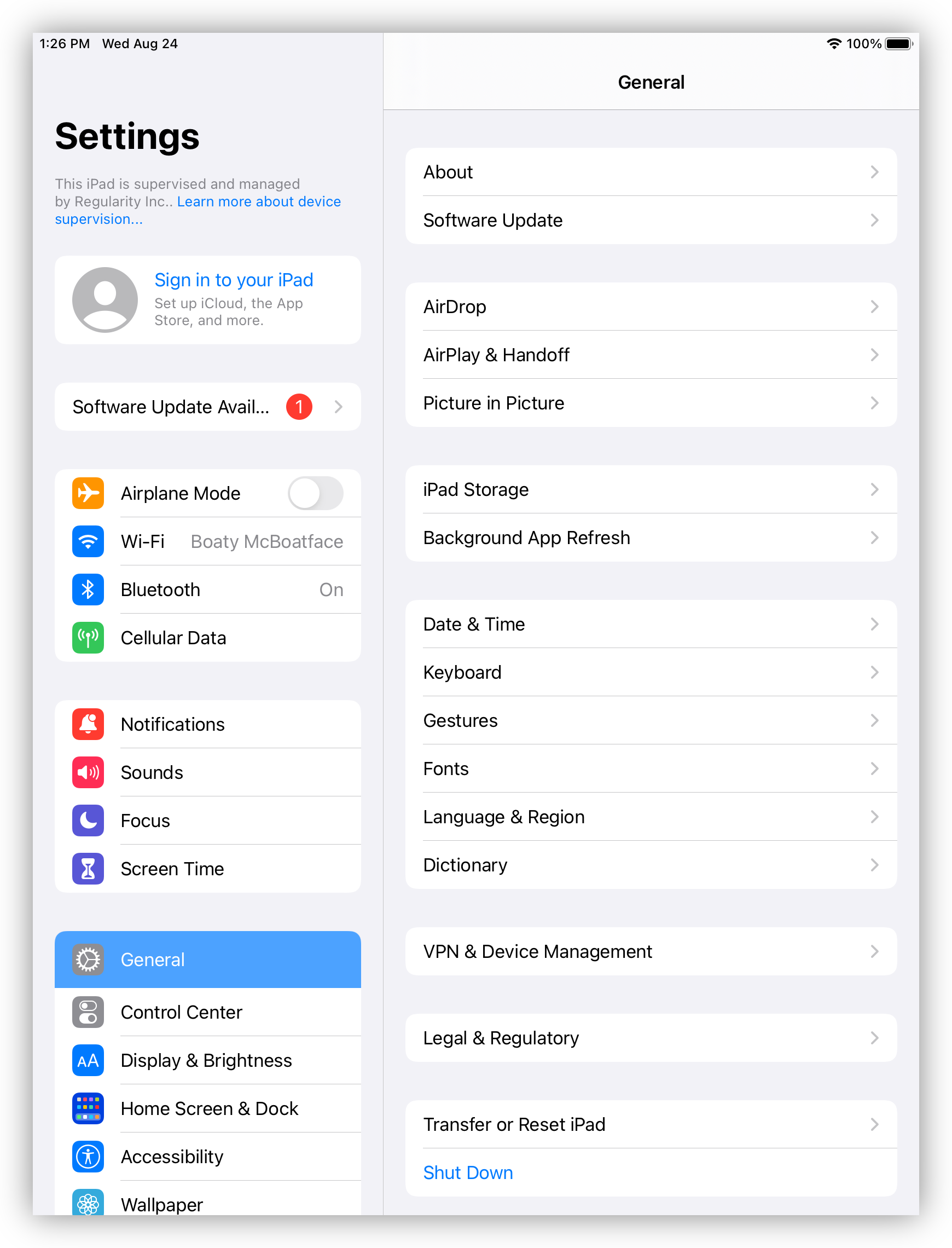 If they tap on that message (or navigate to Settings > General > Software Update), they will be able to proceed with the update before the enforcement deadline: 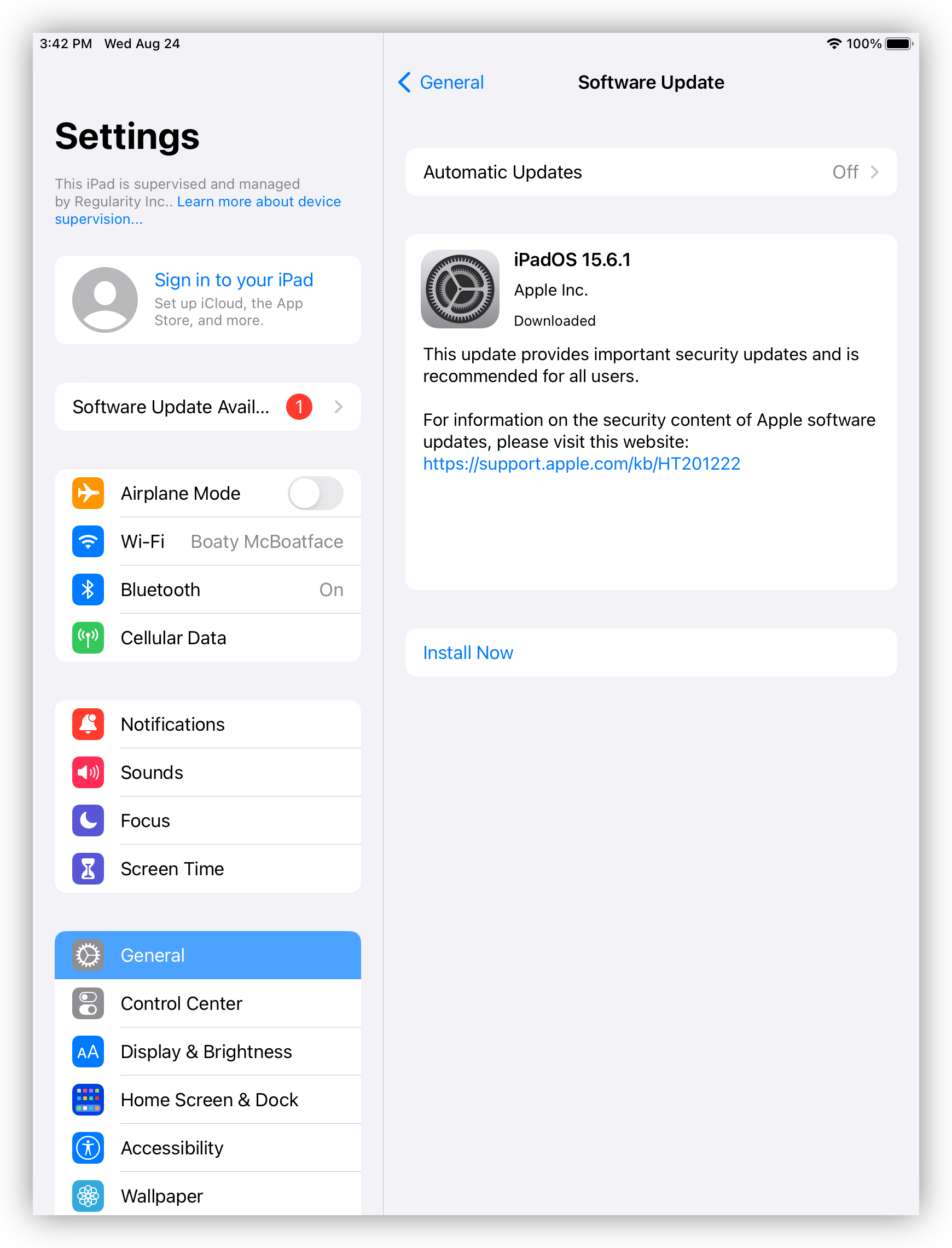 Once the enforcement deadline is reached, the user experience will vary depending on whether a passcode exists on the device: 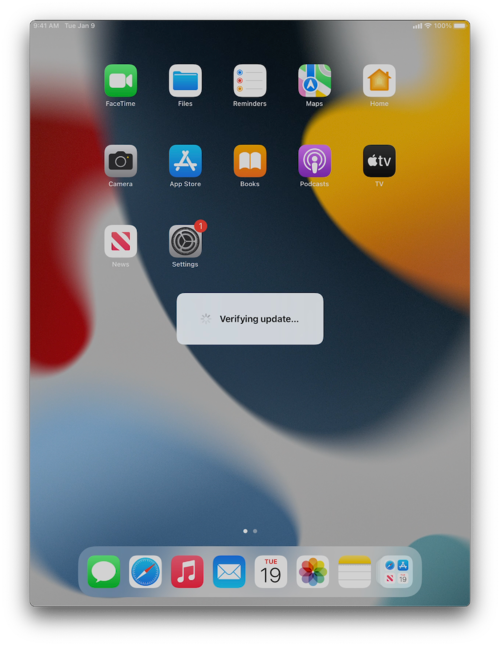 iOS and iPadOS devices that are protected with a passcode require that the user enter it to authorize any operating system update. At the Lock Screen, they will see a notification: 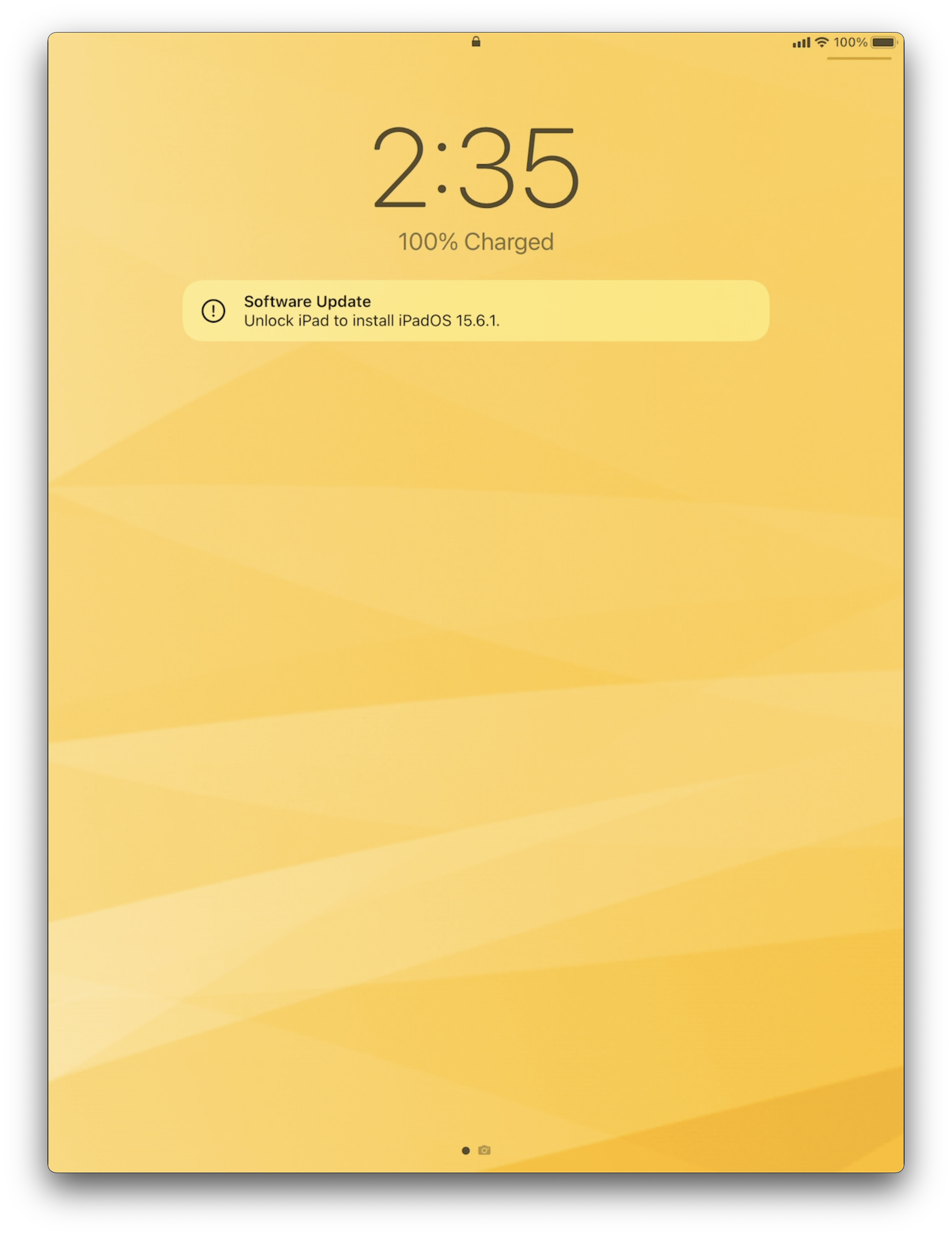 Once at the Home Screen, users will first see a Software Update prompt giving them the ability to kick off the update immediately or later: 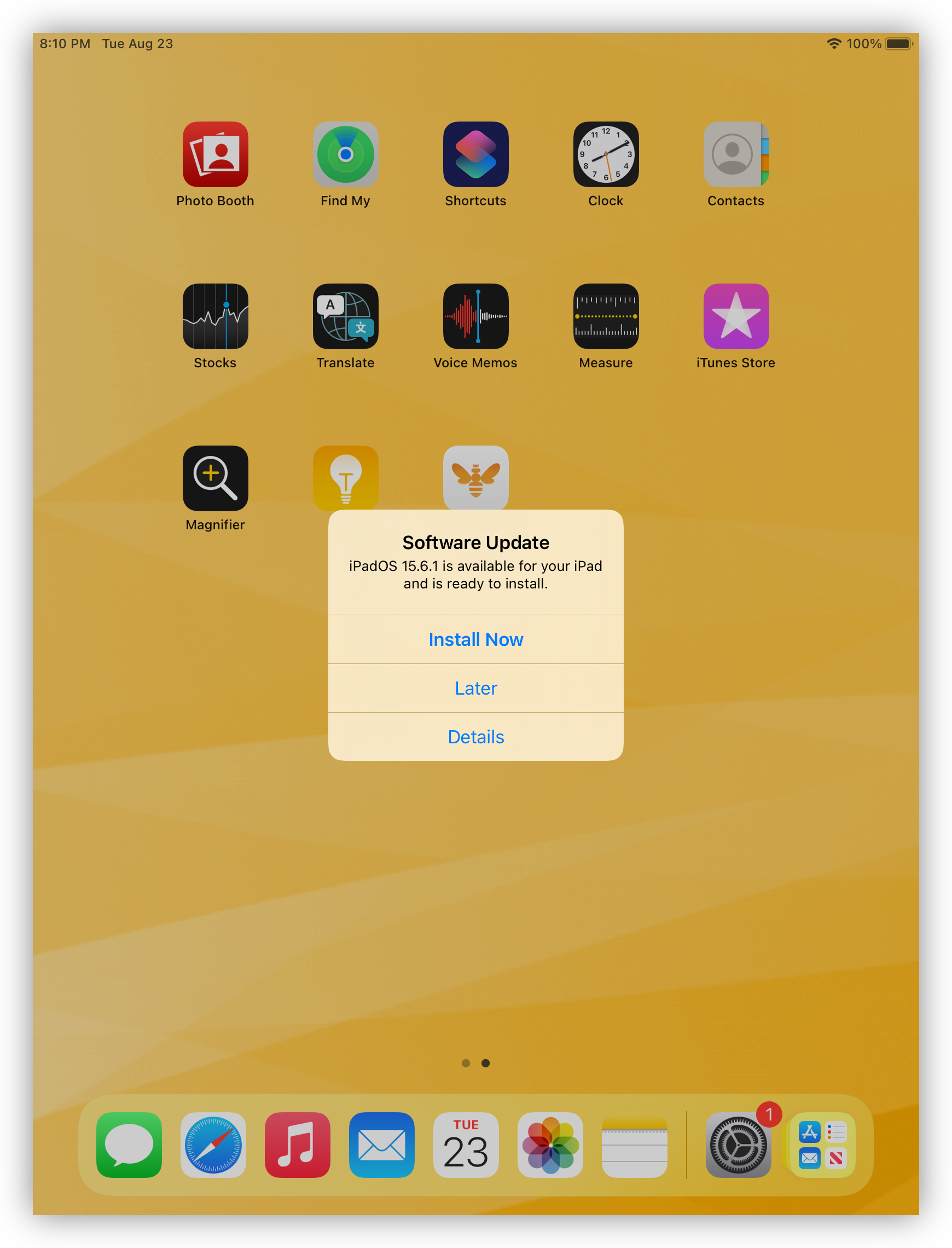 If they choose to proceed with the update, they will be prompted for their passcode and the update will be installed right away.

If they instead tap Later, they will be asked to enter their passcode to authorize the update to happen overnight.

At the bottom of that screen is a Remind Me Later option to further defer the update: 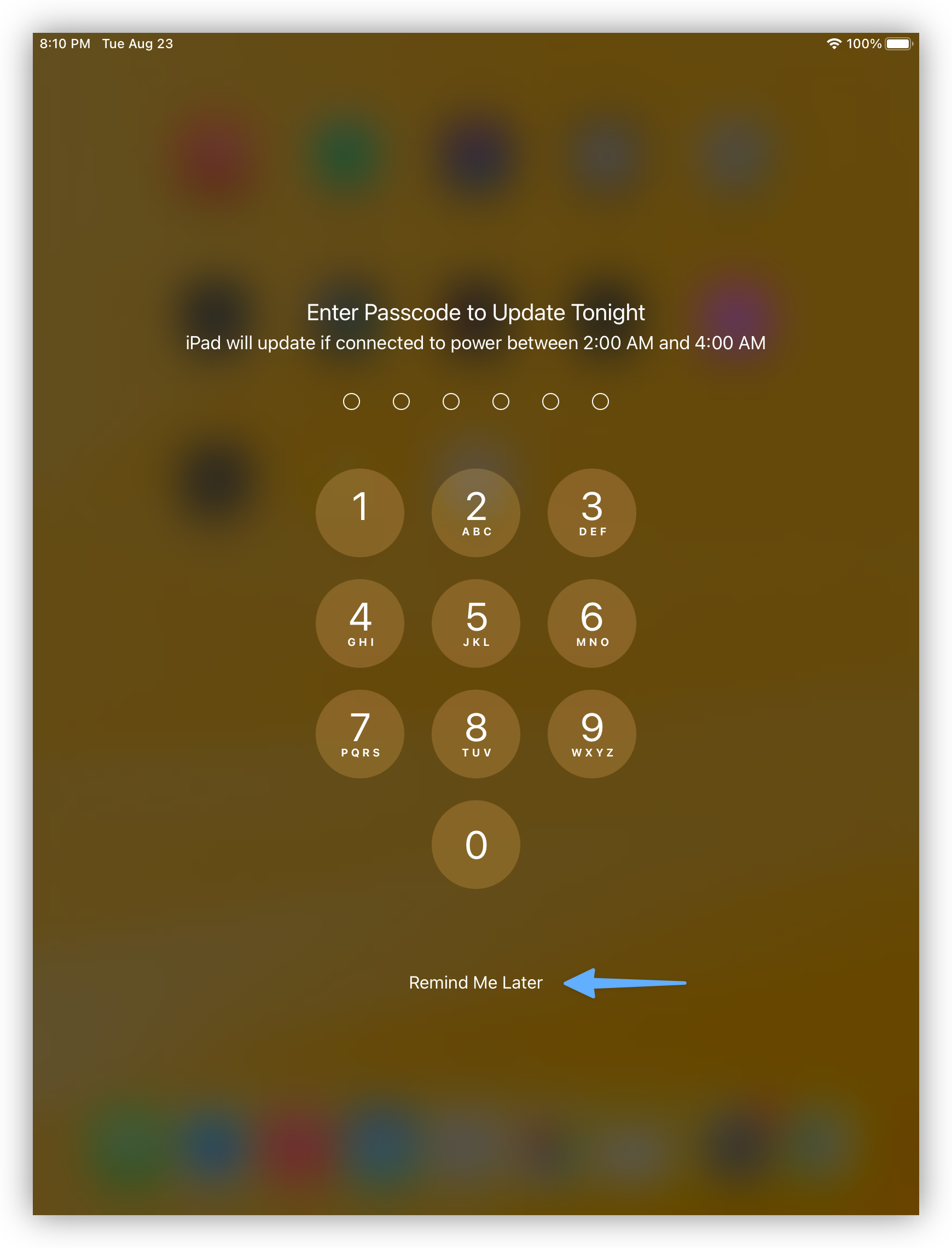 Users are allowed to defer the update just three times. After a third deferral, they will be forced to update their device before continuing to use it: 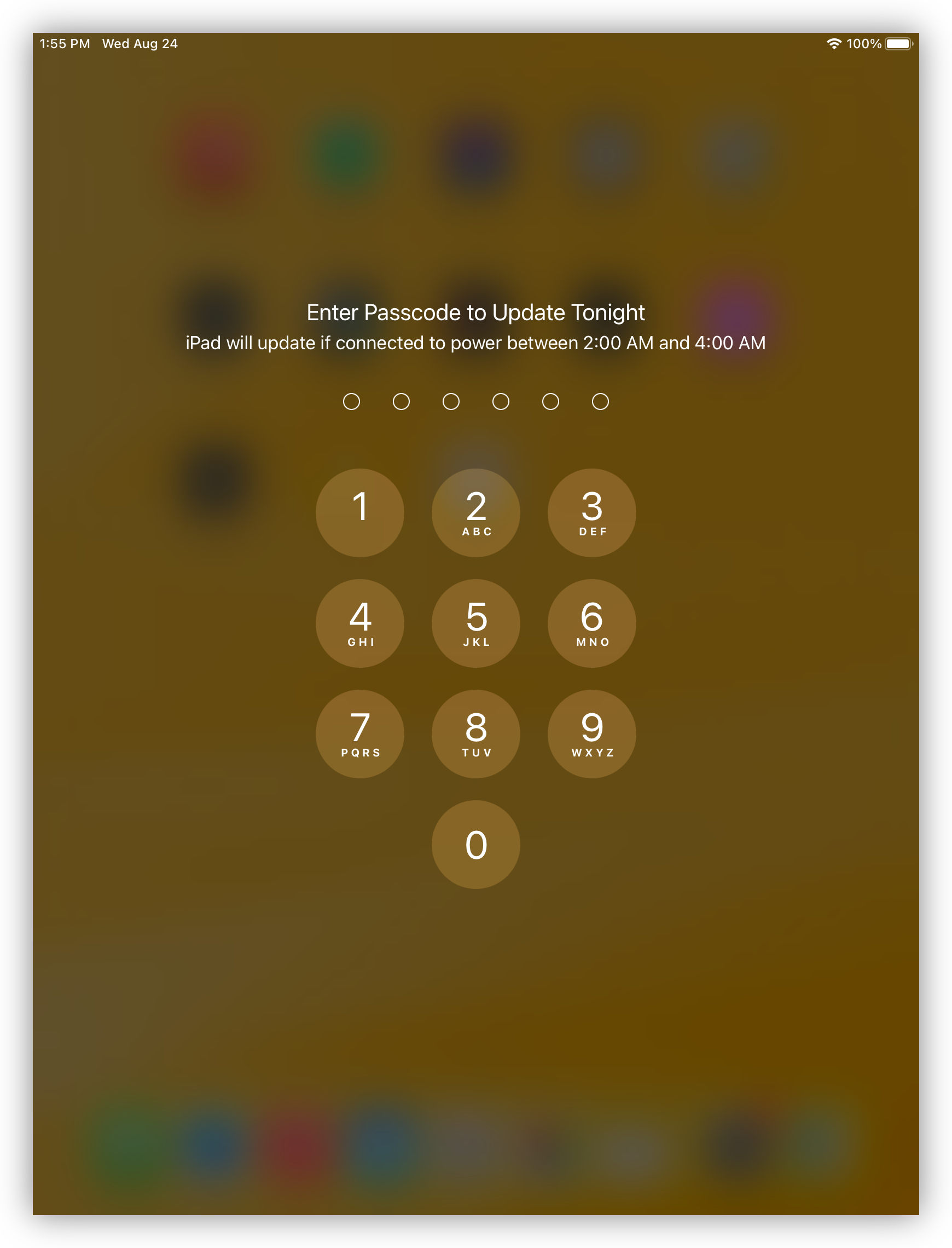 Once the user enters their passcode to allow the update, their device applies the update overnight.

Articles in this folder -